There’s 2 islands in the world called St Helena. One is more famous than the other, but both are connected to a man named Napoleon.  It’s the St Helena Island in Moreton Bay, Queensland, Australia that is one of the focuses of this blog.

The story says an indigenous man nick-named Napoleon was exiled to the island from Stradbroke Island as a punishment. He would have known the island by its traditional name, Noogoon, meaning ‘Place of the flying fox.’ But European memories held echoes of the other Napoleon exiled off Africa and the island became known as St Helena ever afterwards.

I’ve been connected to St Helena Island over the last 20 years. I’ve had the pleasure of researching and interpreting this island for all that time under many guises; as ranger, educator, tour guide, historical researcher and tour guide trainer. I’ve been lucky enough to create programs for thousands of school children to explore a local, heritage site and the stories it contains. I’ve created signage so local boaties can visit the island and appreciate the history as they venture around the southern flats. I’ve created a museum to contain and interpret the unique artefacts remaining as a reminder of the past. And I’ve talked with family members researching a long lost relative connected with the St Helena Penal Establishment.

It’s the people and stories connected to this island that continue to fascinate me and compel me to find out more. And how could they not – St Helena has thousands of years of visitation from indigenous people living on islands in and around the mainland surrounding Quandamooka or Moreton Bay. It has immigrants quarantined in non-existent facilities after months of travel from the opposite side of the world. Dugong 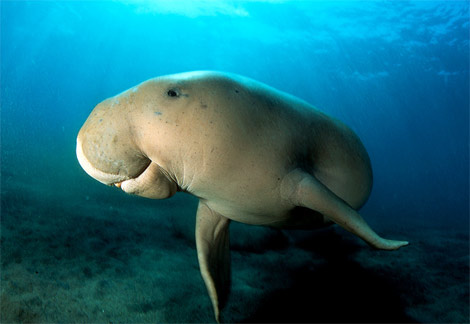 hunters caught and processed herds of dugong close to extinction, all for their medicinal oil. For 65 years, criminals toiled in the penal establishment accompanied by prison warders, some of whom brought their wife and children to the island too.

I’ve decided to create my own research project to finally delve deeply into the lives and stories of St Helena’s people. It’s tempting to start with other oddly named people following in Napoleon’s wake, namely prisoners such as Julius Caesar, Punch and Ah Fat, or even John Lennon! But my initial focus is going to be the St Helena Island warder community. To date there has not been a comprehensive understanding of all the warders that were employed on the island and of the families that were permitted to live in the houses perched high on the edge of the red escarpment.

We only know a few of the men and parts of their lives – but these lives and their experiences on the island can paint a picture untold in this part of the world. Warders were on the island from 1866 to 1932, stretching from the time Queensland first became a separate colony, to the Federation of Australia, World War 1 and into the Great Depression. Through the warder’s stories, we can trace the significant events of Colonial Queensland, Australia and globally and how these affected local people and places. We can also place ourselves into the daily lives of people, to find the common experiences, expectations and difficulties.  It also gives us an opportunity to gauge societal attitudes towards minority groups, women and the management of those on the wrong side of the law. Importantly, it allows us to create a personal picture, filled with the inner thoughts, emotions, values and dreams of the people that played out their lives in this coastal landscape.

My aim is to dig deep into the history of St Helena and unearth the stories that paint a picture of the social history. This will be have to be woven in with the environmental history, because the two shaped each other. The people within the penal settlement shaped the environment on the island drastically and permanently. But I believe that living on a penal island also greatly influenced the character and lives of those who dwelled upon it.

I’ll need your help. Come back next week to find out how!