Escape stories? We’ve got a few. Colourful characters? An island full! Yet despite Lauren and I being involved in the island for over 20 years, our knowledge of the warder’s families remains sketchy at best. Just about the only accounts were those belonging to families whose children were buried in the cemetery. Thanks to the 1871 Census¹, it appears there were 10 women on the island and so my current mission is to fit the jigsaw pieces together to finally know, after decades, who they are.

John McDonald has been a subject of recent blogs as he moved from Inspector of the Water Police to become the first Superintendent of the St Helena Penal Establishment in 1866 and 1867. Being the first in charge, the layout of the island’s paddocks and roads, and construction of  the buildings were established under his authority. Quarters for the Superintendent were established in 1867 complete with a water tank and kitchen and situated on the highest point of the island with views of Moreton Bay in all directions. The home was eventually surrounded by a luxuriant garden renowned all over Brisbane that were planted by John and his wife Alice McDonald.  They lived in this home with their only son John, born in 1865. 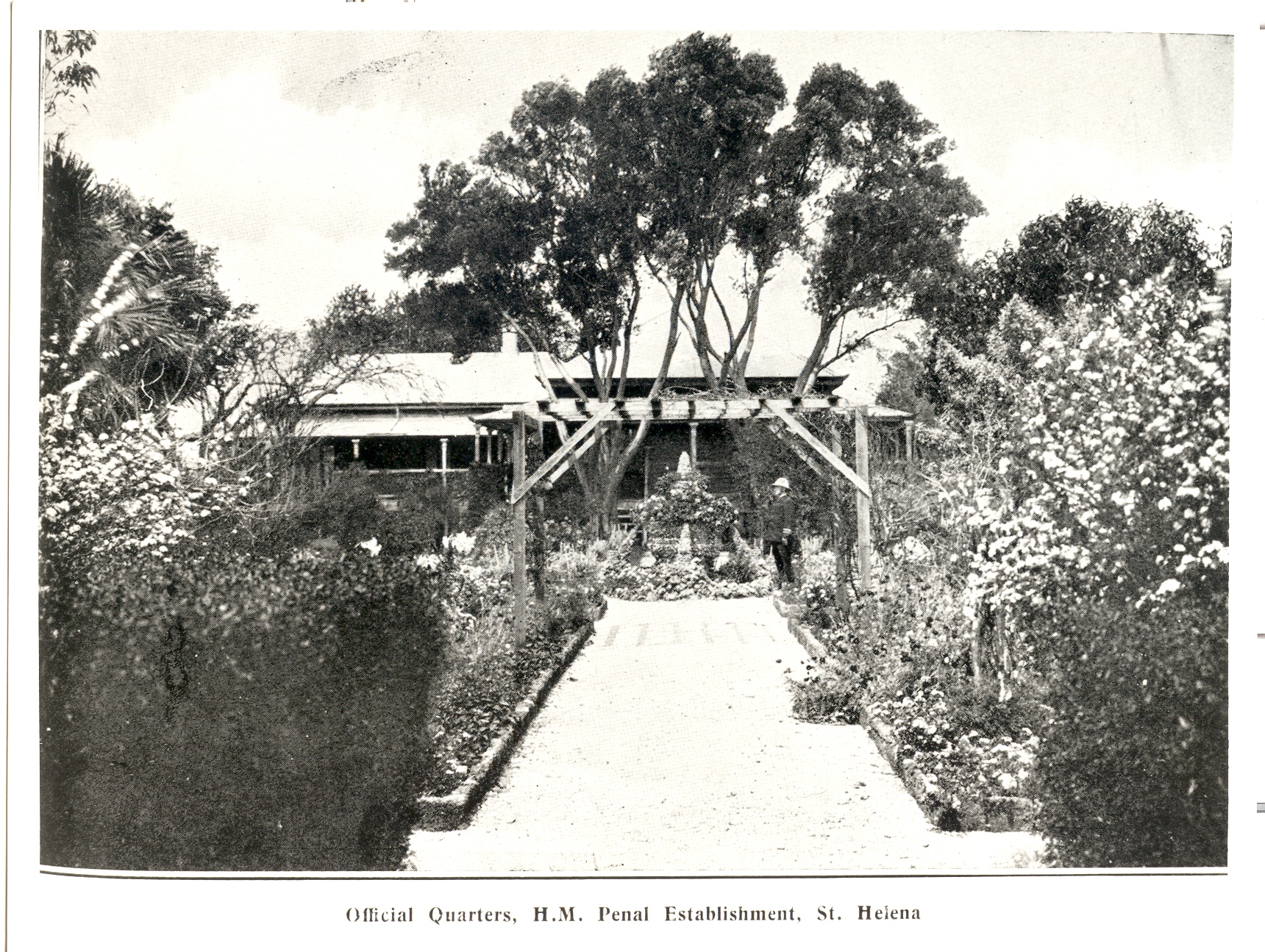 Alice was definitely on the island as early as 1869, as evidenced by an enquiry into missing bags of flour:

It was on Friday night I believe that Egan went with the boat. … Friday is the usual day which leave of absence is given. I was walking on the beach with Mrs McDonald when the cart came down and the boat went away that night. It was somewhere between 8 and 9pm.  John McDonald.

Samuel Seymour had handed in his Notice of Resignation on the 3rd August 1868, which was accepted at one by Visiting Justice T.H. Barron who suggested Seymour ‘is not to be trusted as a warder.’ So any family he did have on the island in the early days, as evidenced by his daughter announcing the first island escape to other warders and prisoners, were gone by 1871.

Constable James Hamilton, who had emigrated from Scotland with his two fellow police men in 1864, was there at the beginning of St Helena’s prison history as a Water Police Constable supervising prisoners building the Quarantine Station.  By 1871 he had moved from Police Constable to Chief Warder, a position he was given in 1867. With a position of power comes privilege, which included having a family and house on the island at a time when few houses were available.

The original small, 2 roomed cottage which currently houses the St Helena museum was built in 1870 for Chief Warder James Hamilton. James Hamilton married Anne Jane Gamble in 1870 and their first 2 daughters arrived soon after – Harriet in 1870 and Jane in 1871. Their third daughter Francis Margaret, died on St Helena Island in 1875³.

Andrew Craigie married Margaret Maxwell Laidlaw on the 22nd July 1864. Their first child George was born in 1866. By 1868, Andrew started agitating for accommodation on the island for his family, motivated by the birth of his second son, William in 1868. ⁴

To A Manning Under Col Sec

Having been given to understand that as soon as accommodation can be provided, the warders at this establishment would be allowed the privilege of having their wives on the island. I a few weeks since purchased some timber and materials and during my leisure hours erected a cottage for this purpose, gave up my town residence and made every preparation to receive my family down here, but having since learned that there is some difficulty about the matter I beg to take this opportunity of humbly requesting your kind permission for their arrival as having given up the old residence the expenses are now very heavy to one in my position. At present I have only an opportunity of seeing my family once every 10 weeks which is a great privation to me.

Trusting you will give this application your kind consideration and grant your permission for which I should be very grateful.

Memo: Write V Justice and request him to inform Craigie that the Col Sec cannot consent to allow any families on the island. It is not a fit residence for females.

Memo: Warder A Craigie has a cottage erected near the warders’ quarters. He obtained permission to erect it when the Honourable W Thornton was Visiting Justice. TH Barron.

I beg leave to apply for permission to occupy the house lately in occupation of Warder James Dowd, as I am Senior Married warder, I should esteem it a great favour if you would use your influence on my behalf to enable me to obtain the same.

Recommended by Sup’t. Approved by A Hodgson. Craigie informed 30 August 1869.

And so, after 2 years of fighting for his family, Andrew succeeded in creating a home on the island. Just in time as his daughter Jessie Hunter was born in 1870.

Andrew Lapraik appointed as a warder to St Helena Penal Establishment on the 20 April 1868. Andrew had married Helen Durward in 1866 but obviously was living alone on the island, as in 1869 he made a request:

I beg leave to apply for permission to occupy the house at present vacant here.

The reply by the Superintendent John McDonald stated:

The applicant’s object in applying is that he may have his wife with him.

So it seems by late 1869, the Lapraik family also lived on the island where they remained for many years. By 1871, they had a 3 year old daughter Elizabeth and their child William was born in 1871.

9,10 Not the Woodcraft family

Warder Richard Woodcraft makes an application in 1871 requesting ‘permission to erect quarters for his family on St Helena Island at his own expense.’ He complains of being absent from his family for 20 weeks.

Richard had married Marianne Scarlet five years earlier and had two daughters, Sarah and Elisabeth. His application was ‘Not Approved.’ ˺

Phillips writes a letter applying for one of the cottages now being erected for married warders. Phillips is the Senior Warder who has no house accommodation for his family on the island and he has been warder here since October 1870.

John McDonald responds that Warder Phillips has a large family of half- grown boys and girls and I do not think half grown children should be allowed to come to St Helena. Mr McDonald intends to give the house to Warder Bowden who is a very good warder.

Visiting Justice Barron states that he thinks it is desirable that an order be informed to the effect that no children of warders be allowed to remain on the island with their parents upon reaching the age of 7 years. COL Sec agrees with Barron’s suggestion and requests an order to that effect is made at once. (8)

This order was not ever enforced, excepting perhaps for only the Phillips family.

According to records, the Head Carpenter had a house on the island.(9) In 1871, this was Peter Brown, who had been appointed Warder/Carpenter since 1869 and had worked as a free carpenter on contract before that. I can’t discover if Peter Brown had a family and if these were the people unaccounted for.

So my countdown remains incomplete, as I’m not certain of the 9th and 10th women on the island. I’ll keep looking, but if you have any knowledge please let us know. Times Up! It’s time for all of St Helena’s women to be written into the island’s history books.