Irwin Robert and Octavius Lomas Spreadborough. The Killarney based Spreadbrough brothers were remarkable for their unusual names. But they were also notable for being some of the earliest men to enlist and as a result, like a number of St Helena Warders, saw action at Anzac Cove, Gallipoli in 1914 and 1915.

Irwin and Octavius were farmers who had both served in the 14th Australian Light Horse Militia Field Force for 3 years and were members of the Killarney Rifle Club. At the outbreak of war, the brothers immediately signed up together in Bundaberg on the 1st September 1914, aged 30 and 23 respectively. Both were given the rank of Private and placed in the 9th Batallion, an established Queensland regiment, known at its inception as the Volunteer Rifle Corps and later the Qld Defence Force Infantry.

The similarities did not end there. Both men were sent to fight at Gallipoli and were there at the first landing. Irwin received a gunshot wound to the back in late April, and was relocated to the Heliopolis hospital, who were receiving large amounts of soldiers wounded at the Dardanelles.  Octavius remained fighting, and remarkably sent home a letter candidly describing an attack on the Gallipoli battlefield on 18th May 1915:

Private O. L. Spreadborough, youngest son of Mr. Richard Spreadborough, of Killarney, has sent an account of one of the Gallipoli battles to Mr E. H. Day, from which the following is an extract:

On the 18th May the Turks received large reinforcements, and it was evident that they intended to try to drive us into the sea. We made all preparations to receive the attack. It started with a bombardment of our trenches at 5 p.m. on the 13th. This lasted till nightfall, when they opened up with their rifles and bombs.

The whole front and flanks then became a perfect hell. Grenades were thrown into our trenches, and this lasted until about 2.30 a.m or 3a.m, when black forms could be seen, then, they became thicker and thicker. Crawling and creeping along, they presented a most weird sight in the dark. Nearer and nearer they came, by this time in thousands, right along the whole of our lines. It looked as if they were going to carry out their threat to drive us into the sea.

Not a sound came from our lines, but rifles were sighted, and cocked, and fingers ready on the trigger, but never a shot was fired, nor a word spoken. At this the Turks became more daring, and came forward in an upright position, thinking perhaps we were asleep or else had frightened us by their threat. On they came, closer and closer, until within 50 yards of our lines.

‘No surrender’ was our watchword, and no man was to leave the trenches. Still closer they came when ‘crack,’ and Oh what din! Screaming and curses, mingled with the groans of the wounded, it was awful. Machine guns were firing their hardest, thousands of rifles were cracking in rapid fire, hand grenades were exploded by the dozen, hundreds of the fellows, in their wild humour were calling out ‘Come on and get some Turkish delight !’ Still the Turks advanced in their mad rush, hundreds, of them falling dead, dying or wounded. The great dark masses became thinner. It seemed as if they had hopes of us coming out to meet them, but not a man moved. Our line was’ as firm as a rock, and our trenches looked like a long thin streak of flame.

After a lull the firing became more rapid, and certainly more, deadly, as they drew near, and it seemed that every shot fired brought a man to the ground. What a horrible sight to witness, and one can fully realise now, how a soldier in the firing line, under such circumstances as these temporarily loses himself to everything but to the slaughter of the advancing enemy. It seemed as if all the devil’s of hell had been let out. The turmoil was awful. On they came and back they were driven, only to be cursed at and driven to the charge again at the point of their German officers’ swords. Time after time they came at us, and were as often driven back.

Their great thick black line had become considerably thinner by now. In fact, their dead and wounded lay in heaps all over the field. Those who were left came rushing forward right on our parapet, but I don’t think over a dozen got into our trenches; and these were thrown back dead. This went on till nearly dawn, but our line was never broken, not a man flinched, and as the enemy retired towards their own trenches, they got a warm send-off, and many a man passed in his checks.

When it was clear enough to see, the scene before our eyes was horrible to look upon. Thousands of dead Turks were lying all over the landscape, heaped up, one on top of the other. Take it from me, I was not sorry when it was all over.’ (1)

Octavius was wounded in action not long after in late May 1915, transferred to hospital in Malta in June 1915 and then on to London.

Irwin was able to rejoin his battalion at Anzac Cove on the 10th July, but a month later was back in hospital with chronic dysentery. The dysentery proved to be so debilitating, that he was returned to Australia on the 9th February 1916. Octavius, though, had beaten him home. Whilst in hospital in London, he fell and injured his back, causing him to be bound for Australia on the 7th November 1915 and discharged on the 2nd May 1916.

A hearty welcome was extended on Saturday night at Killarney to Private OL.L. Spreadborough, who has just arrived home wounded. The function took place in the Royal Hall, and notwithstanding counter-attractions there was a large attendance. Eloquent speeches were delivered by Rev. R. Bardon, Rev. W.G. Gerrard, Messrs. C.A. Twemlow and L.W. Wilkinson. Mr. F. Grayson, as chairman of the reception committee, presented the hero with a gold medal inscribed, “To Private O.L. Spreadborough, 9th Battalion, for services rendered to his King and country at Gallipoli, 1915”. Spreadborough was twice wounded, but looks well considering the hardships undergone. (2)

The brothers continued to stay together, appointed on the 19th August 1916 as Probationary Warders at St Helena Penal Establishment.

The only personal account we have of their time on St Helena Island was from Bob Murrie, son of the Senior Warder, who lived for a time on the island as a child. He recalls the 2 brothers on the island with fondness. Octavius completed his probationary period on the 4th May 1917, but by then Irwin had left the prison island. In fact, Irwin had re-enlisted, this time with the 14th Reinforcements, 31st Batallion and the beginning of 1918 saw him in France. Unfortunately, much of his time was spent in hospital with a gunshot wound to his right hand and other ailments. Still, Irwin did not return to Australia until well after the war was over late in 1919. He returned to farming in the Killarney district.

Octavius remained as a warder at the St Helena Penal Establishment for many years. On the 30th September 1921, a large number of St Helena Warders were transferred to Brisbane Prison, but this did not include Octavius. His services were ‘dispensed with.’

Octavius returned to farming at Killarney for a time, but returned again to the Cleveland and Lota areas until his death. It would be nice to think his time on St Helena influenced him enough that he chose to spend his time on the shores of Moreton Bay, gazing at St Helena Island in the distance. 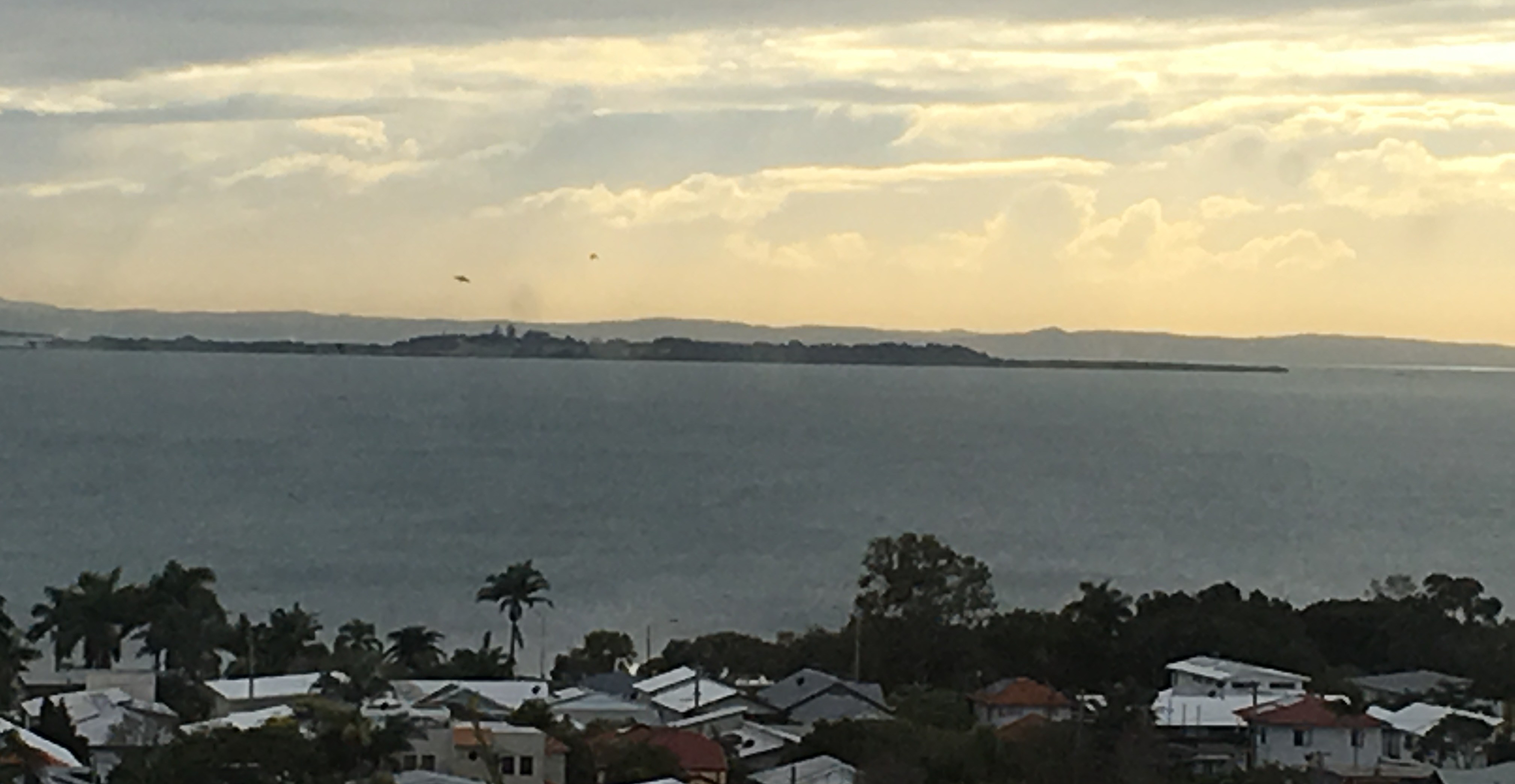 4 thoughts on “A family affair – the Spreadborough Brothers”