The St Helena Community is made up of people. People from 150 years ago and people that I spoke to yesterday. Everybody has a story and this blog has provided the forum for the past and present members of the St Helena Community to discover and piece together stories that are currently fragmented or lost. I’ve been swamped with people lately searching for these stories and its been fabulous! Meeting new people means starting important conversations and extending the known history of an individual person or St Helena Island in its entirety.

This is also the impetus for taking the first annual St Helena Community tour on St Helena Island on the 14th July 2019. Connecting these newly discovered stories to the places where they occurred is such an important part of the process of discovery – adding deeper layers to the story and connecting it to the world that we live in. This is the most important part for me – transforming a bare part of an island into a living place where homes are full of characters and people’s daily lives are playing out. Taking the abstract and making it real.

There’s been so many conversations with people over the last year that I thought I’d write about the ones that have led to ongoing, important conversations that have been beneficial to myself, the person who made contact and also has added immensely to the known history of St Helena Island. The first one belongs to Timna, who was good enough to contact me when I posted a blog post about her Great Great Grandfather Barnet (Benjamin) Rudhall back in December 2108.

I was focussing on Benjamin Rudhall when writing a series on the warders of St Helena Island that went on to become soldiers in war. For a long time I only had references to someone called ‘B. Rudhall’ or ‘Warder Rudhall’ in the official prison documents of 1889 and 1890, including a run in with notorious criminal Walter O’Hara.

Is charged with disobedience of orders in not leaving such tea between the gateway when ordered to do so, but throwing same away and at the same time using Insolent language to Warder Rudhall

This is enormously frustrating as you can’t expand further with any certainty if you don’t have a first name. I had suspicions it might be Barnet (Ben) Rudhall, and it was Sandy Liddle, researcher extraordinaire, who explored Ancestry and discovered information supplied by Timna and her relatives. This was the final breakthrough, as it mentioned Barnet/ Benjamin was a warder on St Helena Island. The research story and blog post could be written.

Timna was very kind and appreciative of the St Helena Prison information I had included, which added to her known knowledge of Benjamin’s work history. She also went on explained how the photo image acknowledgement need to be corrected to “the direct descendants” of Benjamin Rudhall, rather than what I had. I thank her for making contact as I had no way of knowing this and only too gladly corrected it back to the correct source.

From here, Timna added to my knowledge of Benjamin’s time at St Helena Penal Establishment. She was able to send me a document showing that he had applied for a second stint as a warder on St Helena Island, having had to resign from his first secondment in 1890 due to the ill health of his wife, Annie, and death of his twin sons in Brisbane. I did not know of this second application, made in 1899 when Ben was 44 years old. In between this time he had worked as a Carter for 7 years in Brisbane and he would have hoped that his previous work experience of 1 year and 8 months at St Helena Penal Establishment would have assisted him. But his application was unsuccessful as the Government Medical Officer attested that Benjamin was medically unfit for the duties of a warder.

The knowledge of his second, unsuccessful attempt to become a warder was particularly poignant as a reappointment would have changed the Rudhall’s family’s outcomes significantly. As it was, the rejection led to a downward spiral of difficult circumstances for the entire family for decades to come. Having been in the British Army for 10 years and with few other options available, Benjamin decided to enlist as a soldier in the Boer War, leaving in 1900. It seems that he was deemed fit to be a Soldier, but not a Prison Warder! The die was cast, and Benjamin died during an ambush in 1902. His wife Annie died from Tuberculosis in Brisbane later the same year, leaving their children orphans, struggling to survive. 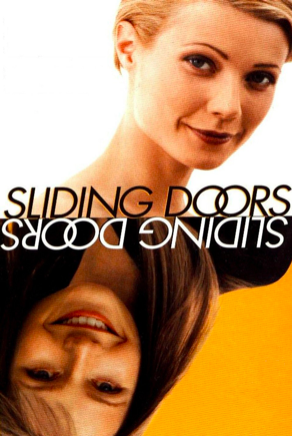 Stories like this one illustrate a “Sliding Doors’ moment, where one small event or outcome may have had a vastly different outcome for all time. (To know this reference you’ll have to have seen Gwenyth Paltrow in the 1998 movie ‘Sliding Doors.’ Yes, we’re all getting older!) History is full of these moments and the luxury of time allows us look back and see these moments and wonder ‘What if?’ But it was the combination of the knowledge of all of us that made us realise the full picture and the whole story behind the simple annotation of ‘B.Rudhall’ on the Warder’s Accounts list of 1890.

This blog is offers the chance for lesser known stories to take their place in history, recorded, known and shared with others. Over the next few weeks I’ll share more new discoveries courtesy of conversations I’ve had with people from across Australia. If you would like to explore your family’s story with me, please head to the contact page and say hello. Who knows what we will discover!

Benjamin Rudhall’s story will be one of those shared on the 14th July as Timna will be joining us to head to the Warder’s Barracks and the Prison Stockade on St Helena Island. If you would like to walk in the footsteps of people whose stories you have come to know and love, talk a walk with me on the St Helena Island tour on Sunday 14th July. It will be the only one for 2019, so I’d love you to join me! Click here to book.