The beginning of a new decade always brings a sense of excitement and possibility. Psychologically we’re entering a new chapter that seems to be an open book in front of us, waiting to be written in. Numerically 2020 has a nice ring to it through the repetition of numbers. I thought I’d start this year reviving an old, annual tradition from the time I ran the St Helena Island Update Course for tour guides on St Helena. I’ll call it ‘100 years ago’ as we did then, and it will transport us back 100 years to 1920. 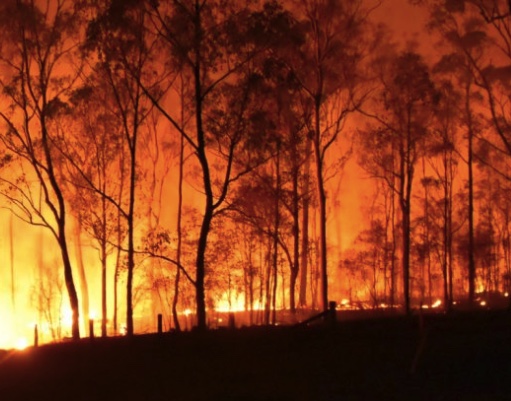 New Year’s Day 2020 in New South Wales and Victoria began in apocalyptic fashion, with extreme, uncontrollable wild fires devouring our Earth. Our beautiful land had already been suffering from a drought lasting years, which left the soil and forest species so dry that they were engulfed in flames in minutes. The results a catastrophic –  nearly 19 million hectares of land burnt, over 1 billion animals killed (and who knows how many plant species are gone), 2000 homes lost and 34 people killed. 100 years ago, Wikipedia tells me that Australia experienced a major heatwave that killed 147 people, despite the average daily temperature in 1920 in Australia being 2 to 3 degrees below average. (1)

There’s another time parallel that has occurred all in this 100 year comparison. In 2020, the Coronavirus that began in China has killed over 1500 people to date and infected over 66,000. Parallel to that, 1920 saw the end of The Spanish Flu, so called as the first case was first reported there. This pandemic infected at least 500 million people (a third of our global population) and killed between 50 – 100 million people worldwide. In Australia, a third of all Australians were infected, with around 15,000 deaths. (2) This death told matches the daily death rate of soldiers in World War 1, (2) who brought the disease back with them as they returned from Europe in 1918-19. 1920 saw The Spanish Flu finally release its grip on the world.

One of the last of the Warder Soldiers appointed to St Helena Island was in 1920 when Frederick Todd arrived on the 8th January 1920. (3) For many years, soldiers returned from World War 1 had been given employment in some Government Institutions as a means of repatriating them back into society. Many of the warder soldiers were appointed temporarily and on probation, with some lasting only months. From my research, it seems St Helena Island had around 22 ex-soldiers employed upon their return to Australia, most arriving from 1916 to 1920. 2 of those, Warders Edward Heathcock and John Burns were employed on St Helena Island before they enlisted and returned to St Helena again. I have written about many of the soldiers in previous blog posts which you can read here, here and here.

21 year old Frederick George Todd enlisted in November 1915 in Rockhampton, Qld and found himself fighting in France. Hospitalised various times for gun shot wounds and trench feet, he was finally evacuated from the battlefront around Boulogne due to Gas poisoning in November 1917. (4) The first large scale use of Gas Warfare was in WWI, where various gases were widely used as a weapon to injure and kill many thousands of men, debilitating entire units.  In July 1917, the German troops had introduced the use of sulfur mustard gas as well as chlorine–phosgene gas, and the Allies had increased their use of gas in the latter stages of the war.

The various effects of gas exposure caused blistering, bleeding, respiratory difficulties, vomiting and blinded the eyes, and Frederick was given a medical discharge in May 1918 due to the ongoing effects of his exposure. (4) He initially was employed temporarily at Stewart’s Creek Penal Establishment in Townsville, but obviously preferred a transfer to St Helena Island as he paid his own fare down to Brisbane to begin employment at St Helena Island in January 1920. (3) Frederick completed his Probationary first year, despite an entry in the Warders’ Defaulters Book recording a charge of:

For this misdemeanour, he was fined 20 pounds, a huge sum, and informed by Superintendent John A. MacDonald ‘that a repetition of this offence will be severely dealt with.’

But Frederick’s timing in joining the ranks of Warders on St Helena made his future very tenuous, as the rumblings had begun growing louder in Parliament about the jail’s future. 1920 marks the last time that St Helena Penal Establishment was functioning as a gaol for the housing of long term criminals. In January 1920, the Home Secretary W.M. McCormack saw ‘No advantage of a prison at St Helena’ and by February 1920 the first hints of the removal of the Gaol and the establishment of a Penal Farm were voiced by the Home Secretary.

The downgrading from Gaol to Prison Farm was a serious one, as it meant transferring all long term prisoners to Boggo Road on the mainland and also the removal or transfer of many warders and Trade Instructors on the Island. For many of the Warder Soldiers, ‘last in first out’ meant that ongoing employment as a Warder on St Helena Island was not assured. On the 30th September 1921, a mass transfer of Warders were sent to Boggo Rd prison in Brisbane, while handful of warder soldiers found that their ‘services were displeased with’ due to a reduction in staffing at St Helena. Frederick Todd was one of them.

1920 was the beginning of the end for St Helena’s gaol, as it slowly edged towards its eventual closure in 1932. Over the next few weeks I plan to follow the journeys of some of the St Helena Island Warders from 1920 who have a story to tell that can help us appreciate post war life in a time of change on a small island in Moreton Bay.